This will be my introduction thread and the back-story to my wife's 1986 Honda Spree that she has flatly refused to get rid of!

My background: I've been into motorcycles (especially 2-strokes) since junior high school (early 80's). I've rebuilt 6 out of 7 motorcycles, so I have some knowledge...(at least a little!)

She bought the Spree from a college friend shortly after we moved into our house in the sumer of 1996. It had sat for at least 4 years then (that we knew of).
A quick cleaning of the gas tank and the carb and I had it running. We got it tagged/licensed, she got a Class M on her license, and then never rode it.

Some years later, I went thru the process again a few years later when we picked up an early-80's Suzuki FA50. We had a little scooter gang roaming the neighborhood! Sold the FA to a poor college student from across the street, and then the Spree sat again.

When I started racing my 240Z, the Spree transitioned into a sort of pit bike for a couple years. But then got pushed into the corner of the garage, again.

So here we are today, and I'm going down this same road all over again. The last time the Spree ran was at least 6-8 years ago (I know, I know...). At least I didn't leave any gas in the tank! Some fresh fuel, cleaned the carb as best I could for a quick try at starting, checked for spark, a little squirt of fuel down the intake, and it fired up! Bogged a little at heavy throttle, but it idled (roughly) and stayed running. But it was just enough to get me a 100 yds down the street before it stalled.

The plan:
Wife wants to use the Spree as a campground bike for use with our motorhome. We'd like to carry it on a hitch-rack off the back bumper. Easy enough. I plan to go thru it a lot more than I have in past years, and since we are later-on in our careers and have more disposable income than in our previous life, I can throw parts at the Spree more than I could before.

We replaced the seat cover early on in our ownership and it is still in great shape. Body panels are intact, but could use a refreshing (paint or other type of clean-up). Stickers are there but ultimately won't survive. Only panel missing is the little fuel petcock cover under the front of the seat.

Currently, the carb is soaking in B-12 Chemtool carb cleaner as the air screw is the only port I couldn't open up. It's been in the can for 4 days now. I need to get ahold of a rebuild kit for the carb at a minimum (if the air screw port opens up), or a new carb for worst-case.

I will be replacing the fuel petcock as I don't trust it completely. I do have vacuum at the intake port when cranking the motor over. Filter is toast.

The foam air filter just about crumbled this time (we have replaced it before, but age is unknown). A new one will be sourced.

I checked resistance on the Bystarter and it came in at just over 5 Ohms (FSM says 10 Ohms max for operation).

Fuel tank is clean and the sender is working properly.

Lights work when the battery has a charger on it. Battery is 15 yrs old (maybe) and will also be replaced. I had an issue with the blinkers not working the last time I had it running, but never really figured out why. They light up, they just don't blink. At one point, they were blinking rapidly, but even that stopped. I'm thinking the relay, but that's a problem to fix much later down this road.

So there's the intro and back-story! I'd never run across this site in years past, but then again I never thought to look either. But here I am now!

For parts, where are the best places to order from? I've seen where the Admin of this site has some things available so I'll buy there for sure. Any ideas on availability of new/reproduction stickers? I'll need new tires also. The tubes are holding air, but these are probably the original tires from '86!

Anyway, here are some pics ... 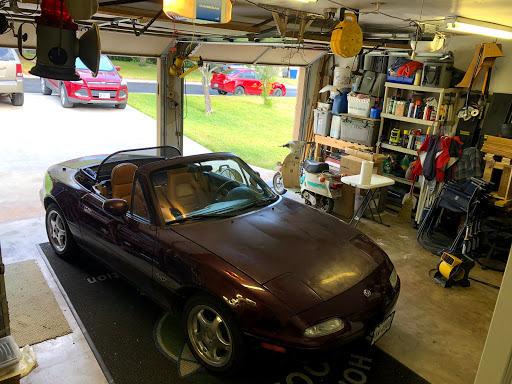 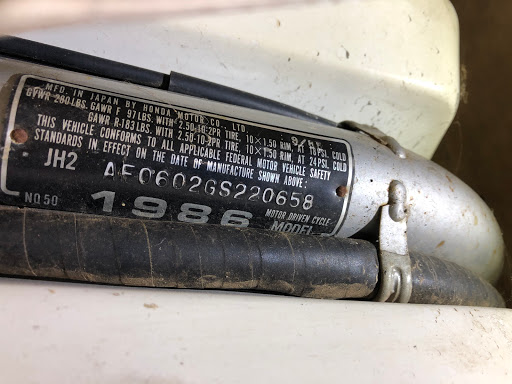 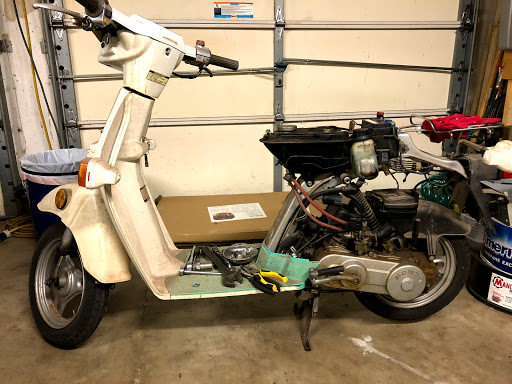 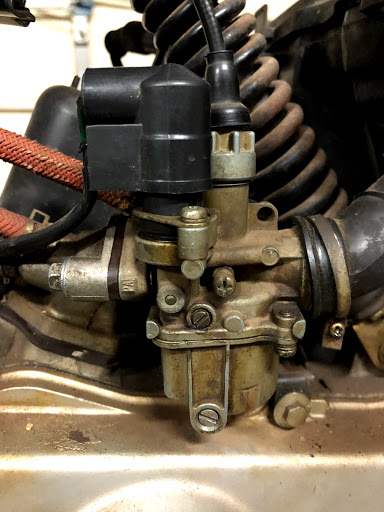 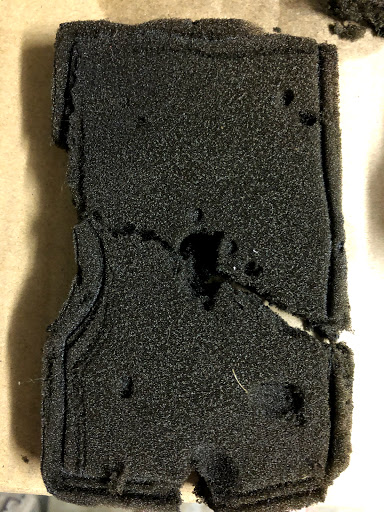 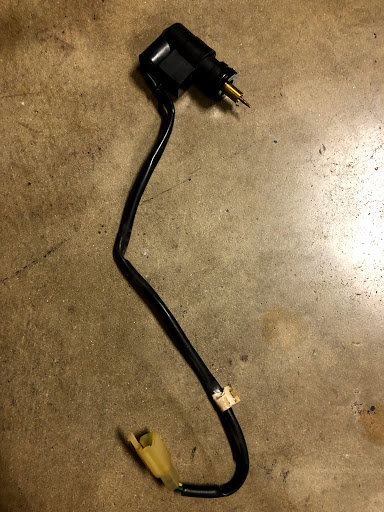 As for parts, depends on the item needed.
As for stickers, several threads exist on this board regarding repros.
Tires are everywhere you would expect to source them.
I don't do Sprees, so I can't tip you to any specifics.
We have some members who are well versed on Spree.
They are sure to chime in to help with any questions you have.
Keep calm and carry on...motor... 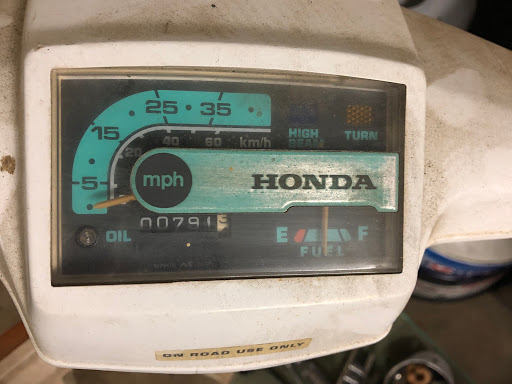 I worked on the carb the other night and got it started, but it still doesn't run long before stalling out. Going to order the air filter, fuel petcock and the o-ring set for the carb and see where that takes me. I've got nuthin' but time...
Top
Post Reply
3 posts • Page 1 of 1