This is the place to post your scooter builds; everything from stock Spree restoration to water-cooled drag bikes.

Here’s my “new’ to me Honda Canopy, it is Registered in UK imported in 2002 and built (Japan) in 1993. In Japan it’s known as a Pizza bike but such term is not recognised over here, having several other ‘twist & go’s’ for a partial comparison shows that it’s 49cc 2 Stroke Engine needs higher revs to get away than does the rest of my t&g’s being about 2200rpm or thereabouts most likely because a Canopy is quite a bit heavier than other gyros, it’s not the kind of bike I’d be keen to ‘hot-up’ because of mainly its weight with higher c of g plus being much more awkward to access it Engine because of the amount of bodywork needing removal.

While it’s speedo is marked in Kph instead of Mph and, in my so far limited use of the bike it appears to travel at around 45 Kph at higher revs noted in relation to its weight which is understandable, riding it appears to me to be much like any other bike/scoot with leaning in turns feeling quite normal. Locking of the bike using the Lock Lever allows normal vertical position plus two positions either side of vertical - presumably for parking on a hillside or whatever? Attempt to get off the bike without using the Lock allows the bike to fall heavily to one side due to its extra weight which becomes very evident if trying to lift it from the ground - so one DOESN’T drop it! 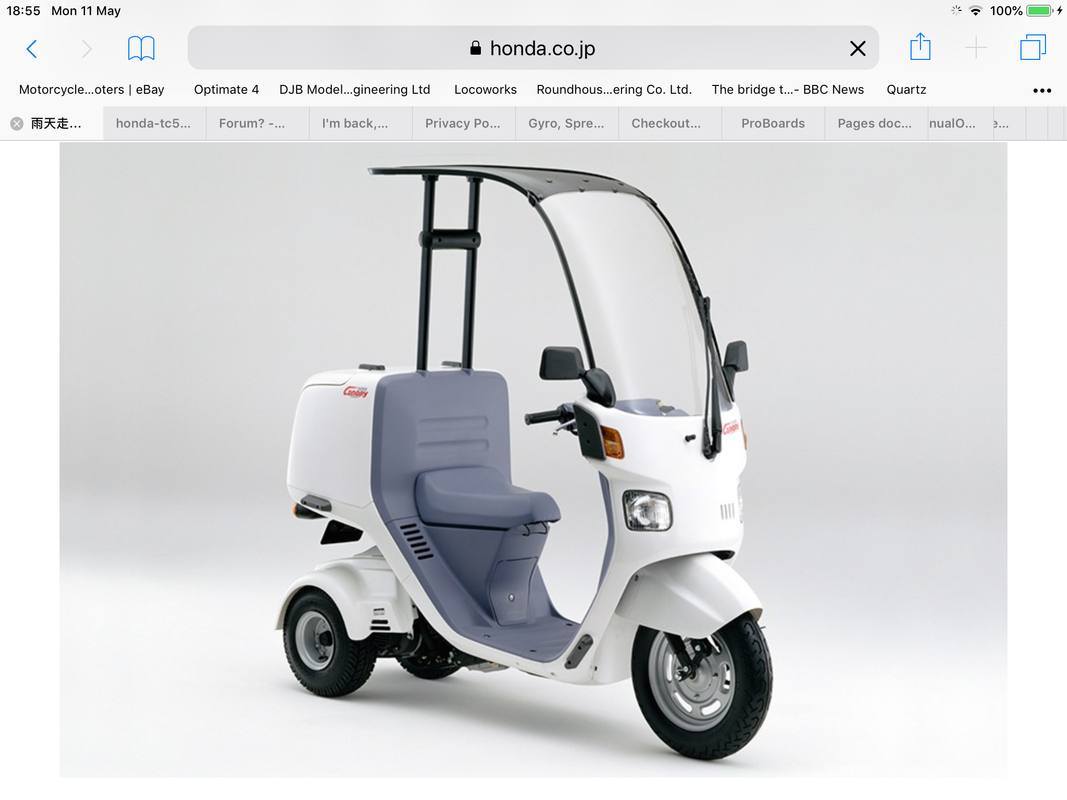