Riding a PGO Ligero in Bermuda

Riding a PGO Ligero in Bermuda

I just got back from a trip to Bermuda. I rented a PGO Ligero from Oleander. They have scooter rental shops all over the island, and I used the location that they have near the cruise ship port at West End. I reserved the scooter online before my trip. See

Here is the 50 CC 2-stroke PGO Ligero scooter that I rode. I rode it all the way from West End to the far east end of the island chain to the town of St. George's, the capital of Bermuda before it was moved to Hamilton, and then back to West End. If you know me, you could guess that I was especially impressed with the basketization! 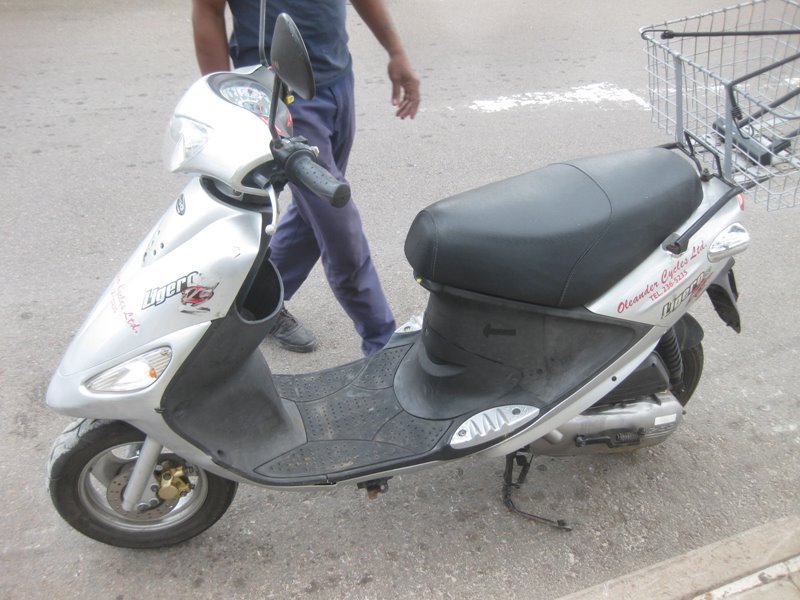 The speed limits in Bermuda used to be in MPH, but now, the signs have been painted over to read KPH. Mostly, if not everywhere, the posted speed limit is 35 KPH, or roughly 25 MPH. Generally, drivers and riders are going about 50 KPH (about 35 MPH) and passing on the yellow line is pretty much the norm.

Here is the dash of the Ligero: 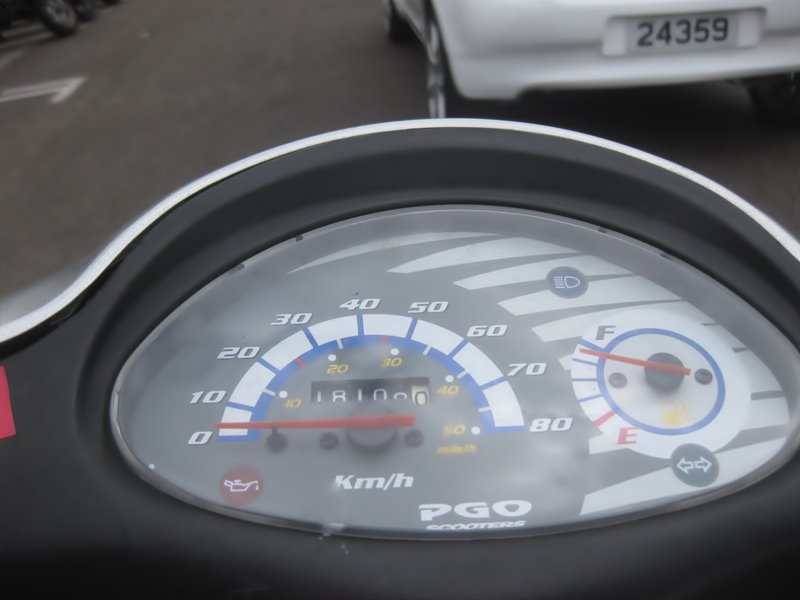 My first impression of the PGO Ligero was that it was light and very quick. I weigh about 185 pounds now. Out by the airport, there was a fairly straight, level road, and the scooter accelerated briskly to 75 KPH (about (47 MPH), with no flat spots, before I backed off for fear of arrest. Besides having a high top speed, acceleration off the line was also faster than any other 50 CC scooter that I have ridden. I have no idea how PGO managed to get that speed and acceleration out of a 50 cc scooter. Granted, reviewers say the speedometer is a bit optimistic, but Bermuda has several of those radar controlled speeding signs that display your KPH as you approach the sign, and the speedometer was actually pretty close to what the radar was reporting. Even without looking at the speedometer, though, you could tell it was really fast. I wondered why these scooters aren't available in the U.S., and my guess was because of pollution regulations.

However, when I got home, I started researching the PGO Ligero on line, and came to the conclusion that the Genuine Buddy 50 was pretty much the same, and they are sold at several dealers in Florida. They come from the factory with two restriction devices, and the dealers will remove the restrictions for free upon request. I found the following two videos especially interesting:

The first shows how to de-restrict a Buddy 50, about half way through the video:

This is the sales video produced by my local dealer:

I super like the glovebox for holding dog biscuits and cheeseburgers, but under seat storage might not hold my full face helmet. I think I'll visit the dealer and take along my helmet to check it out. The scooter also fits two riders and that would seem to be a big selling point

vintagegarage wrote: the Genuine Buddy 50 was pretty much the same

The Roughhouse/Rattler are more my style since the Buddy has more of a Vespa/Met-esque flavor to it. I nearly bought a Rattler 110 last Summer with the idea of stuffing the motor into a Spree but the seller and I couldnt agree on a price. With the horizontal minarelli-type motors, theyre worth looking at.
I need to find some new haters...the ones I have are starting to like me.
Top

Meatball wrote:With the horizontal minarelli-type motors, theyre worth looking at.